Implementation of a 46 kW photovoltaic system in a new office building in Maroussi that will house Google! 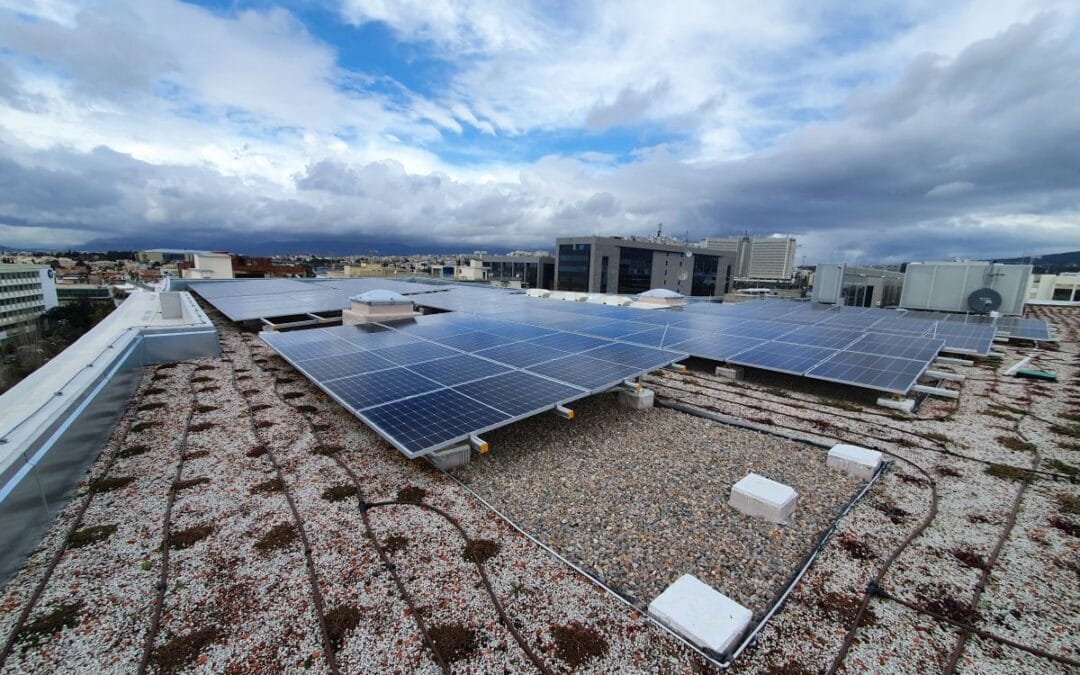 TERNA SA Trusting the quality of SolarWay photovoltaic projects, it commissioned the project for the supply and installation of a photovoltaic net metering system with a total power of 46 kW, in the new office building at Frangokklisias and Aigialeias streets in Maroussi, Attica. The new buildings were constructed on behalf of PRODEA Investments.

The project was assigned to SolarWay by TERNA SA, which trusted the quality of SolarWay photovoltaic projects. The project was implemented within the schedule and in accordance with the strict quality and safety standards of TERNA SA,

The 46 kW Net-Metering self consumption photovoltaic system will supply electricity to the new emblematic five-storey office building complex, which, among others, will house Google!

The inverters, together with the DC and AC panels, have been installed in a special metal construction on the roof.

The photovoltaic system is self-consumption net metering, interconnected with the Public Electricity Network and is part of the provisions on self-generation of electricity from photovoltaic stations. (Article 14A of Law 3486/2006 as in force based on article 6 of Law 4203/2013).